Cascadia Wild Board of Directors 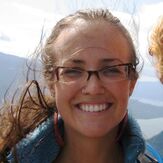 Jenny Bedell-Stiles, Board member
Jenny grew up in Portland, OR where she learned to hike, backpack, and enjoy the backcountry and farmland with her family.  She has been tracking with Cascadia Wild since 2011, and served as a trip leader for the Wolverine Tracking Project since 2013.  She is an avid wild food forager, hand-stand practicer, and advocate for social justice.  Jenny works with Friends of Trees as the Volunteer & Outreach Manager.

Photo credit: Intisar Abioto
Maggie Starr, Board member
Maggie has been volunteering with the Wolverine Tracking Project since 2006, and is happy to give back as a board member to an organization that has done so much to further her skills and knowledge as a naturalist. When she's not out tracking on Mt. Hood or working in nonprofit administration, she can be found exploring elsewhere in Oregon, or cooking up a storm in her Portland kitchen. 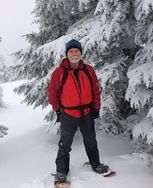 Mike Little, Board Member
Mike has been a member of Cascadia Wild for over ten years.  He's a retired systems analyst and enjoys hiking, backpacking and snowshoeing.  He has a degree in biogeography and though he freely admits that much of that knowledge has faded, the love of being out there has not.  He's married, has two kids and three grandsons. 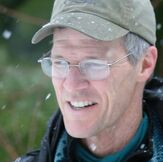 Paul Schertz, Secretary
Paul Schertz has been tracking with Cascadia Wild for many years and has served as a trip leader for the Wolverine Tracking Project since 2006.  Paul is licensed as a professional engineer and has served on several boards including the Texas Renewable Energy Industries Association and was the founding President of the Texas Solar Energy Industries Association.  He is the past vice-president of Solar Kinetics, Inc. and now works for Portland Energy Conservation, Inc. 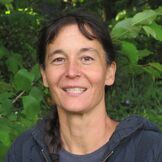 Teri Lysak, Chairperson
Teri has been teaching for Cascadia Wild and various primitive skills gatherings since 2006.  She teaches animal tracking, wild plant foraging, and wilderness survival, and loves helping people understand and connect with the natural world.  Previous to joining Cascadia Wild, she worked as a forester, first seasonally for the Forest Service then for the Washington Dept of Natural Resources, doing forest surveying, firefighting, young timber stand management, and providing forestry assistance to small private landowners.  Her prior teaching experience comes from 2 years as a high school science teacher with the Peace Corps in Fiji.  She holds a MS in Forest Science from OSU and a BA in biology from Grinnell College.
Cascadia Wild: 5431 NE 20th Ave, Portland, OR 97211: 503-235-9533: info@cascadiawild.org