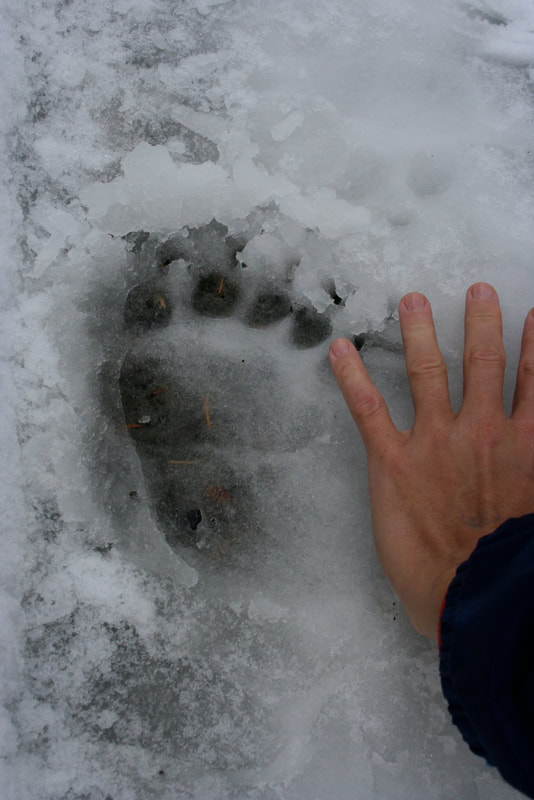 The Wolverine Tracking Project is a volunteer-based community science project collecting data on rare carnivores and other wildlife in the Mt Hood National Forest.

The data we collect with our wildlife camera, winter tracking, and scat surveys is shared with wildlife researchers, managers, and advocates to help guide wildlife and resource management and establish or modify protections.

Goals of the wolverine tracking project

The Wolverine Tracking Project began in 2003 to verify reports of wolverine sightings in the area of Mt Hood. While the resulting tracking team was not able to confirm those sightings, the project has grown to encompass camera and scat surveys and to incorporate three additional carnivores as target species that, as apex predators, both indicate and shape a healthy ecosystem. Additionally, we collect data on other carnivores and prey of the forest, from Douglas squirrel to deer and elk to bobcats, bears, and every mammal or ground bird in between. This cumulative data tells us a story of the forest: the life it currently supports; the life it is capable of supporting; and how the ecosystem is changing over the days, seasons, and years. ​ Probable climate change and burgeoning population growth in nearby Portland, with attendant increases in recreation and other land uses, can bring about fundamental changes to wildlife habitat, making the need for long-term surveys even more important than before. ​

Having accurate data on the presence of rare species is crucial to implementing any protection strategy and is the stepping stone for any further study. By collecting data on wildlife and making it available to those who need it, we improve the knowledge-base that management decisions are made upon, which in turn improves the chances that viable populations of native animals can be maintained.
​
All data collected by the Wolverine Tracking Project are shared with the Mt Hood National Forest Service, Oregon Department of Fish and Wildlife, US Forest Service PNW Research Lab, Cascades Carnivore Project, and Defenders of Wildlife.

How to get involved

Did we mention that this is a volunteer-supported, community science project?
Whether you want to join a survey team, make a financial or material contribution, or share a skill or area of expertise, your contribution is not only greatly appreciated but is crucial to the operation and success of this project.